This is a diagram showing the light nuclei up to Magnesium, with proton number plotted along y and neutron number plotted along x-axis. Colored in red and blue are nuclei for which our group has discovered new properties and published. In black are the stable nuclei we regularly find in nature. The ones we’ve studied are all very short-lived and decay by neutron emission or beta-decay back toward the region of stability. 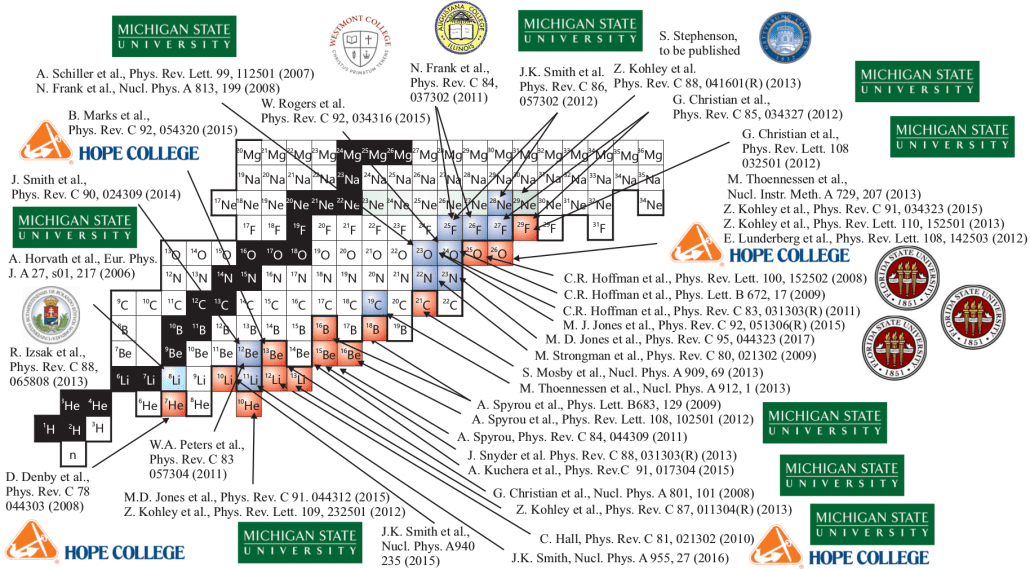 Our experimental nuclear physics research program is designed to study the properties of atomic nuclei when they are created far from stability (meaning they are stretched well beyond their comfort zone).  Our work is done both at the National Superconducting Cyclotron Laboratory (NSCL) at Michigan State University, and here at Indiana Wesleyan University.

Atomic nuclei are made of protons and neutrons, and for the lightest elements, the number of each is approximately the same.  For example, the most common isotope of Oxygen has 8 protons and 8 neutrons, making O-16.  We regularly create light nuclei with much higher numbers of neutrons.  For example, we’ve done a few experiments with heavy Oxygen isotopes, including O-23, O-24, and O-25, which have 15, 16, and 17 neutrons, twice that for stable Oxygen.  We are interested in the properties and behavior of nuclei when they are pushed to these kinds of extremes.

An overhead view of the Modular Neutron Array (MoNA), a large array of neutron detectors assembled, stacked, tested, and calibrated by undergraduate students. The array consists of 144 2-m long scintillator bar detectors with photomultiplier’s attached at each end. 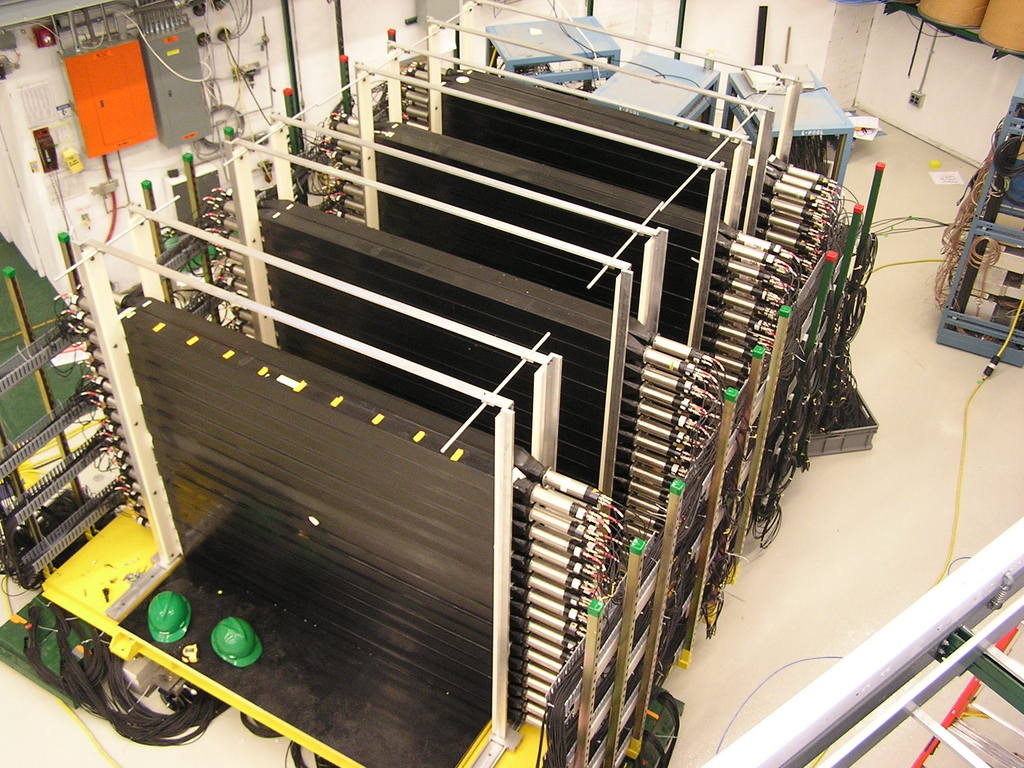 Recently we conducted an experiment at Los Alamos National Laboratory at the Los Alamos Neutron Science Center, designed to test how neutrons scatter inside of plastic scintillator, material used in neutron detectors, and how this behavior compares with our computer predictions.  Results from this experiment will be important for designing and analyzing future experiments in exotic nuclei.

Students who have worked in the nuclear physics lab here at IWU include Christine Lay, James, Boone, and Andrew Wantz.